Angel Lust, also known as the Death Erection, is a common post-mortem condition in men executed, specifically by hanging. Whether those men die because they were executed or because they committed suicide, the presence of the erection is regular and frequent.

Why Does The Angel Lust Happen?

The Death Erection is often connected to the pressure on the cerebellum when the person is being hanged or hangs himself, usually using a rope or any scarf to cause put pressure on the neck and cause death.

While women are more likely to bleed from their vagina after they die, men have an erection, and many also have a discharge of urine and fluid. The Death Erection is also caused by the blood accumulating in the lowest part of the body when a man dies because the heart no longer works.

The heart does not pump the blood, so there is no equal distribution around the body but instead collecting downwards. An erection is caused when the muscles relax, which is what happens when a person dies. The muscles relax permanently, causing an erection.

The Man With A Death Erection On Display

A man from the 18th century has an erection after he died. His body was taken and kept on display by the Viktor Wynd Museum of Curiosities, Fine Art, and UnNatural History in Hackney, London. The penis of that man is the largest standing penis (7 inches) because it has been in this position since that man died. Today his penis is worth £100,000, says the museum. 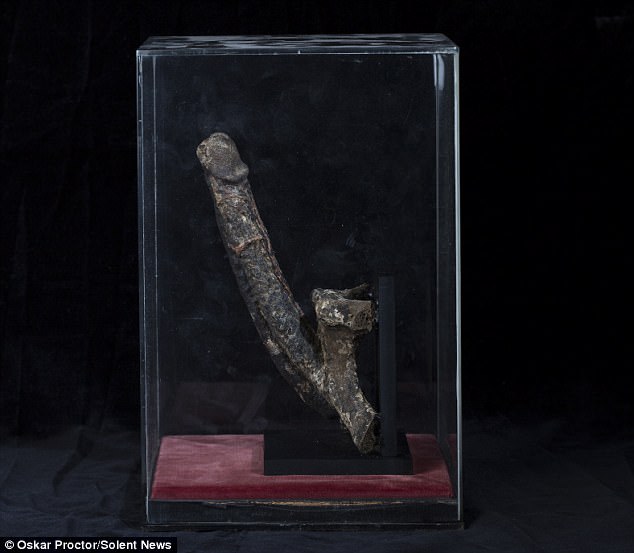 The museum’s curator said that the body belonged to an Englishman from the 18th century who was executed by hanging. He got the Death Erection, and some ejaculated fluid. That is a common occurrence when males are hanged or hang themselves.

Under usual circumstances, when a person is alive, the penis needs to be stimulated with some sexual activity to get an erection. The body muscles relax, and the blood is pumped all over the body more than usual, which causes an adrenaline rush. That is what often leads to the man getting an erection.

However, once a man dies, the heart no longer pumps blood, but because all the blood gravitates towards the lower body, i.e., the legs and the penis, that causes the death erection. An erection is often an indicator of a swift death that did not cause the person too much pain, but they died as fast as possible.

Can A Death Erection Be Avoided?

Death erections, as mentioned previously, are usually caused when a man dies from hanging or, in some cases, a man dies a quick death by being shot by a gun and dying.

Death erections can usually not be avoided as they happen naturally and either go away on their own or the bodies are buried with the erection. It is the body’s way of functioning because often, when men are hanged and get an erection, the pressure on the neck has a connection with the penis, leading to an erection.

Death erection is caused by hanging most of the time, and once a person is hanged, or they hang themselves, the heart stops working after struggling for some time. When the heart no longer works and pumps blood, but instead, the blood keeps gravitating towards the lower body, the erection is bound to happen because of blood flow.

Death erections are entirely normal, and most of the men who die from hanging experience them. In the earlier times when countries would go at war against each other, the winning side was often able to capture many prisoners. The young male prisoners were usually executed, and hanging them was often the way they were killed.

Other than that, men in jail who are executed by hanging also experience a death erection. Previously people on death row awaited their execution by the current. The execution was done by making them sit on an electric chair which would electrocute the criminal. The electrocution sentence death penalty is still valid in many states in the USA and worldwide.

Why do Equal Conditions Kill Society?

A lot of people trust India to be the originator of the kissing, conceived from the old custom of sharing each other's breath. The initial proof of kissing is believed to be conserved in early Indian sculptures
299 views

The phrase “Don’t worry, be happy” which was originated in China by the Sui Dynasty much before they migrated to Europe. This phrase then spread rapidly throughout the world and therefore, can be considered a meme
323 views
Continue Reading