Home Inventions How the Guillotine was invented?
Inventions

A guillotine is an apparatus that was invented to execute people by beheading. This apparatus was invented to make the execution less painful and be over within a matter of seconds. This was because the other methods of capital punishment used in the 18th century and before caused pain and often had errors too.

In 1789, Dr. Joseph-Ignace Guillotine proposed to the French that there should be a method of punishment that is not as hurtful as the present methods at that time were. A device known as planke was used in Germany and Flanders while the English used a sliding axe which was called Halifax Gibbet. 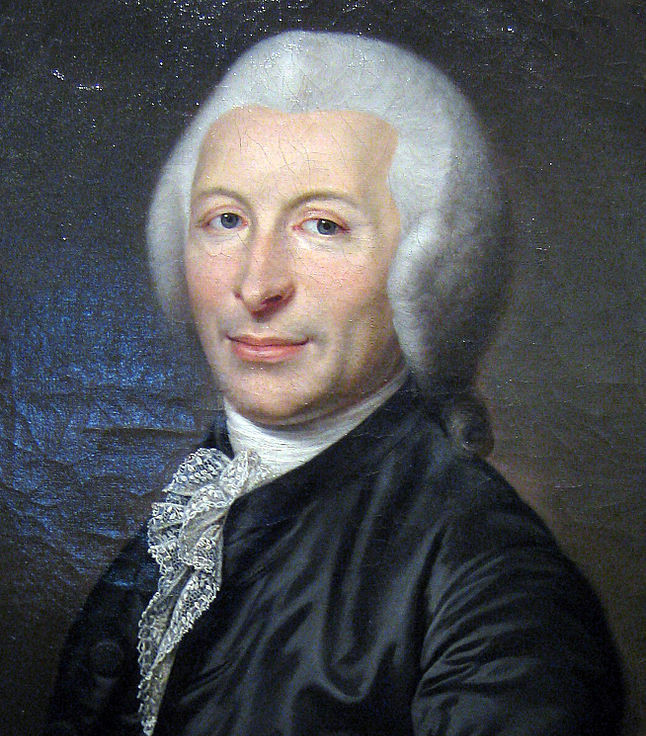 Many people believe that it was one of the first methods of execution that was humane in comparison with other methods and the invention of this device was the beginning of the spread of public awareness regarding less cruel punishment for people who were given the death penalty.

The invention of the Guillotine was inspired by two already existing devices of execution one of which was mannaia from Italy and Scottish Maiden. It is said to have taken 120 lives.

The guillotine was most commonly used by countries as France, Austria, Switzerland, Belgium, Italy, Germany, Sweden, and Austria. What an irony that now all of these countries have legally banned the death penalty. It is believed that around 40,000 people lost their lives to the deadly Guillotine in France. Some believe that over 100,000 people lost their lives to the guillotine.

The only purpose of a guillotine was to decapitate. Dr. Guillotine did not support capital punishment himself which is why he came up with the idea of inventing a device that would cause as little pain as possible. At first, his idea of building such a machine was not taken seriously.

In 1792, an executioner decided to consider the building of such a device. He was supported by Dr. Antoine Louis after which they got Tobias Schmidt, a piano maker, to build it who did the job within days. After it was built, it was tested on animals and dead bodies, and finally, at the end of April 1792, a thief was executed using this device. 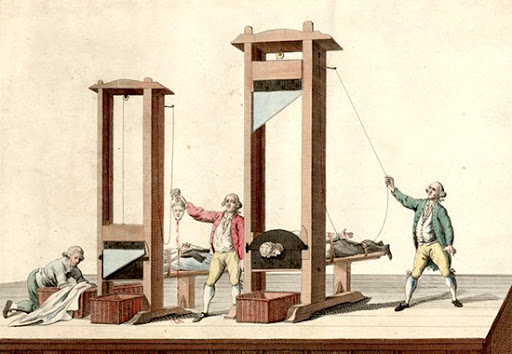 This device had a blade that fell from about 7 and a half feet and was able to cut the neck in less than one second. This is what made the whole process of execution as painless as possible. The whole device was made of wood beside the blade that was manufactured using steel and the rope which held the blade until it was time for beheading. All the craftsmen who produced this machine had excellent skills which ensured that every Guillotine made would do the job well.

When execution with Guillotine became common in the French culture, there were toys built that looked like this machine and sold to children. Many children even attended the execution. These toy Guillotines were operational and children used them to behead dolls which caused fear among people that it could negatively affect children’s minds therefore they were no longer produced or sold as toys. 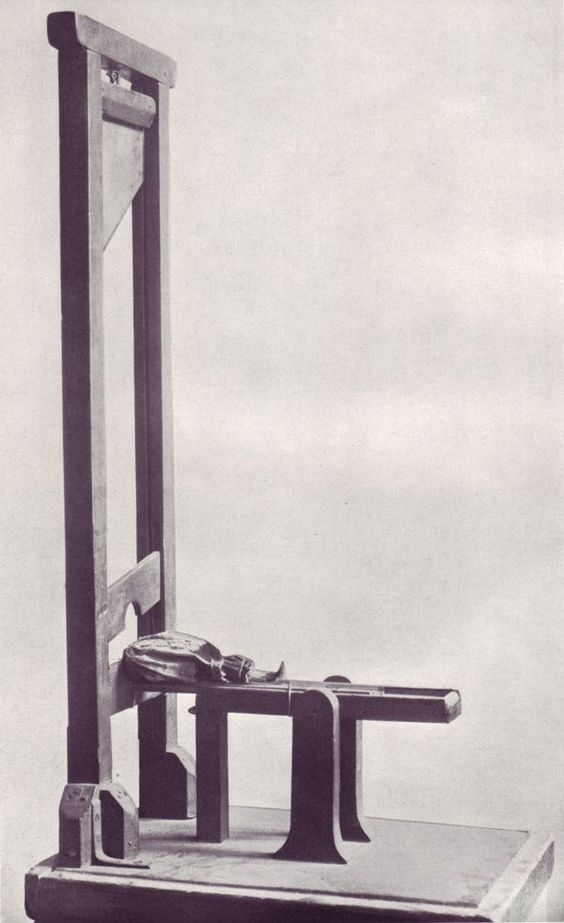 Some upper-class families would use Guillotine as food slicers on their dinner table due to its sharp blade and the ability to cut objects quickly and without much hassle. 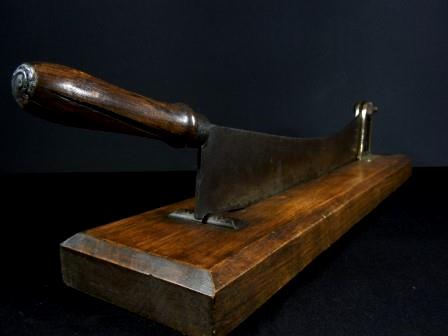 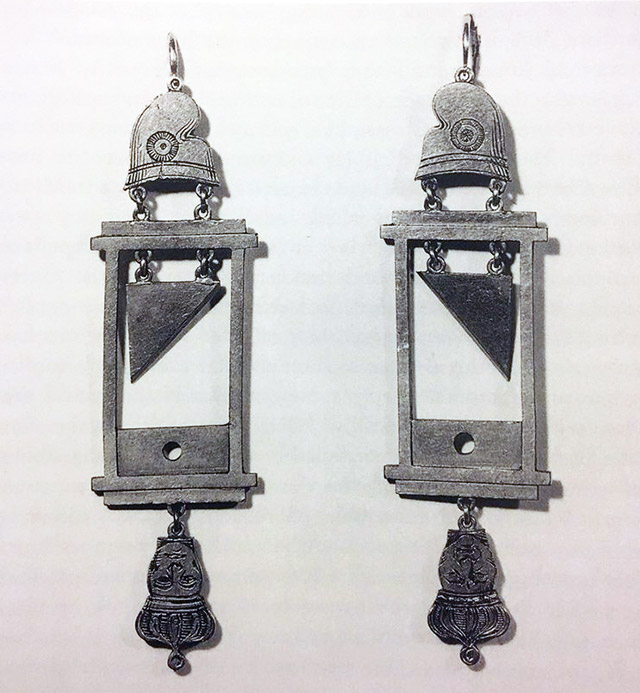 France: Earrings with Guillotine from the times of the French Revolution

The first victim of the Guillotine was a thief who had assaulted people. He was executed in 1792 after which the machine was used on other criminals with a death penalty too. Some famous personalities that were beheaded using this machine included Former King Louis XVI and Queen Marie Antoinette while it was still new to the world.

Some famous leaders who were executed with this machine include Georges Danton, Saint-Just, and Maximilien Robespierre. The Reign of Terror that lasted 13 months, was when 17,000 people were decapitated using this machine. Executions carried out using Guillotine were a form of entertainment for people as they came to watch criminals beheaded.

One thing the invention of the Guillotine was able to achieve was equality when it came to the death penalty. Previously the nobles were executed using the least painful machines while common people did not have this privilege no matter how unpleasant and cruel the method of decapitating was. Once Guillotine was introduced it was used on everyone regardless of their social class.

It is unknown how many people became victims of the Guillotine until it was banned. Many people who had received the death penalty either were shot or died before they could be executed.

The executioners who used Guillotine were celebrities among people. They would tell stories, with a crowd around them. They were judged based on how well they would be able to carry out the decapitation and criminals were said to have tattoos of their names on their bodies. There were all from well-known families who had a family business and all their children after children joined that business and became executioners like their fathers and forefathers. People were inspired by their clothing and fashion trends were often based on what they wore.

Many people wondered whether Guillotine was as efficient as Dr. Guillotine had hoped it would be. There was no way to tell how much pain it inflicted on the victims and how long before they pass after being decapitated. There were observations by people who said that it took a few seconds before the person who was beheaded stopped making any movements such as blinking, lips quivering etcetera. However, there has never been a scientific consensus that it caused less pain as compared to the other methods of execution.

Dr. Beaurieux, who observed a person after they were executed, and gave remarks on what he had noticed after the blade slices the neck and how long it takes before there is absolutely no movement by the victim.

The Guillotine was used for almost 2 centuries as a method of decapitating people who were given the death penalty. The last person who was beheaded by this machine was Hamida Djandoubi, a convicted murderer in 1977. After that, there were no victims however it was officially banned in 1988 after France banned capital punishment.

This apparatus was used when people started becoming aware of how much other methods caused pain. It also played a part in bringing equality between the nobles and common people.

Barrie Colts were sponsored by an eminent chewing gum company named ‘Wrigley’, and owing to its quality and diverse taste it was admired by masses significantly
724 views

A lot of people trust India to be the originator of the kissing, conceived from the old custom of sharing each other's breath. The initial proof of kissing is believed to be conserved in early Indian sculptures
333 views
Continue Reading