Basketball is an extremely popular sport played between two teams consisting of 5 members playing from each side. It is played on a basketball court that can be either indoors or outdoors but must have two hoops, one on each end of the rectangular court. Each team needs to stop the opposing one from making shooting the ball into the hoop, which leads to an increase in points. The game is extremely interesting and requires a lot of stamina to play. Ever wondered how this game was invented in the first place?

The Invention of Basketball

The sport of basketball was invented in the year 1891 by a man named James Naismith who was actually a Canadian Physical Education Instructor. At the time, however, he was working in Springfield, Massachusetts at the YMCA training school as an instructor. 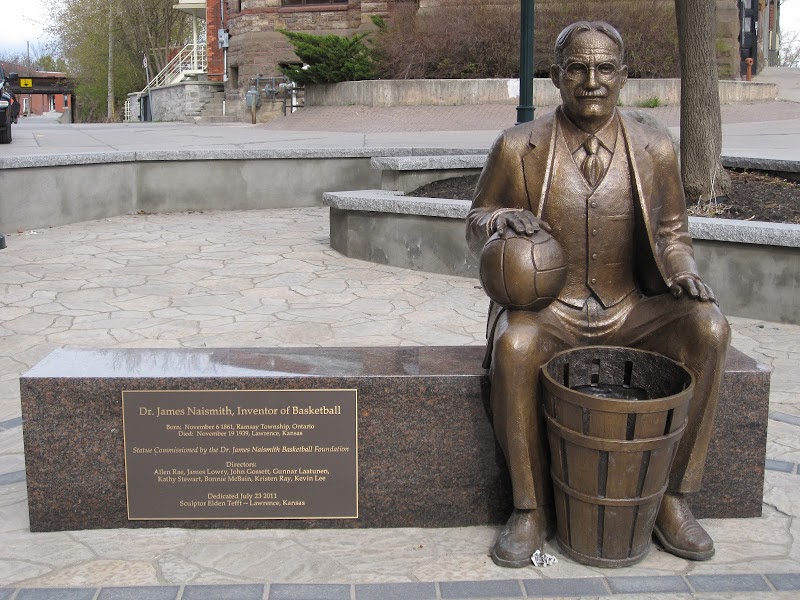 The Memorial of James Naismith - the father of Basketball / Almonte, Canada

Massachusetts was a state of America that usually experienced tough winter seasons. For this reason, the challenge of inventing a game that could be played indoors was given to James at the time. He had to create this game in a minimal timeframe of two weeks because he was in charge of a troublesome group of students who were not willing to quiet down indoors, and they needed some sporty distraction. James also had to ensure that the game would not cause as many injuries as traditional American football would. The game also had to be good enough to ensure the physical activity of the students was in-tact and would also promote their strength and strategic thinking.

The Inspiration Behind Basketball

While thinking of creating this new game, James Naismith was inspired by a game he used to play when he was a child called, “duck on a rock”. To play this game, players were to throw a small rock onto a “duck” like figure placed on top of a much bigger rock. The players had to directly knock off this duck figure from the rock in order to make points and win. 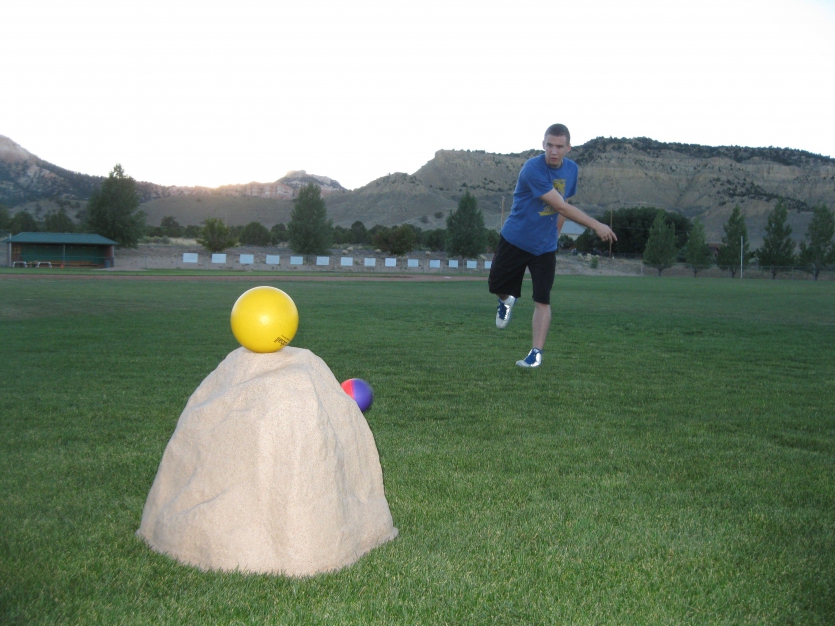 Duck on a rock game

The Creation of Basketball

James came up with the game basketball which was initially played with a soccer ball. He thought of placing two peach baskets 10 feet apart and at a good height. The aim of the game was to shoot the ball into the peach basket to score and earn points. Each team had around 9 players and there were a total of 13 rules that had to be followed to play the game. The use of the soccer ball, instead of a bouncy ball for playing the game only allowed players to pass the ball to each other rather than dribbling it as we do today. Before proper basketball hoops were created, the soccer ball would get stuck in the peach baskets as a hoop was shot. Players had to climb a ladder and pick up the ball from the basket to continue playing the game further. The First-ever basketball game was played on December 12th, 1981. 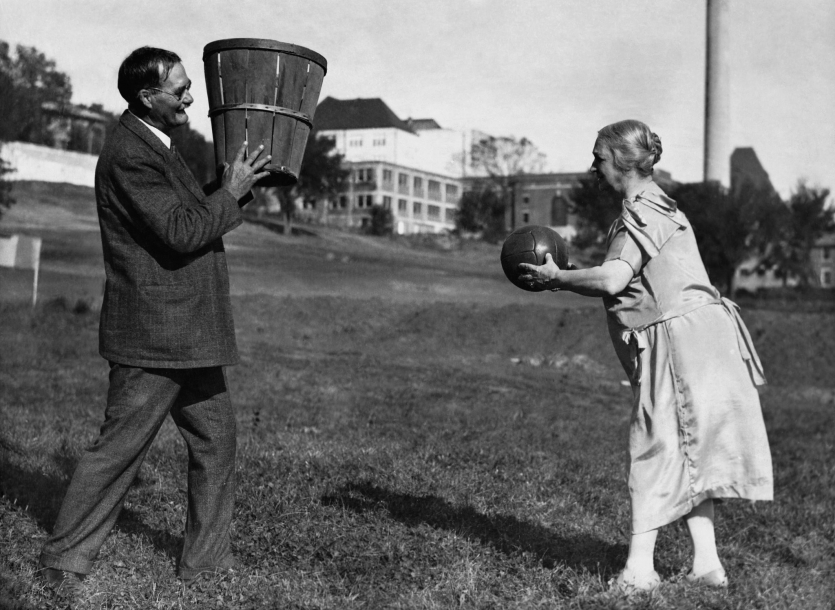 1928, James Naismith, holding a peach basket for his wife, Maude, to make a shot

Had James Naismith not invented such a great game, the world would be missing out on a lot. It is all thanks to him that we are able to play the world-famous game of Basketball.

Barrie Colts were sponsored by an eminent chewing gum company named ‘Wrigley’, and owing to its quality and diverse taste it was admired by masses significantly
633 views

The first skyscraper was actually built in Chicago in the United States of America. It was the ‘Home Insurance Building’ built in the year 1884-1885
213 views

A lot of people trust India to be the originator of the kissing, conceived from the old custom of sharing each other's breath. The initial proof of kissing is believed to be conserved in early Indian sculptures
271 views
Continue Reading