Home Inventions How was the coffee machine invented?
Inventions

Some people say a great start for the day is by getting that great coffee - a hot beverage made from the roasted and ground seeds. Most of the people in the world wake up and the first thing they do is to get themselves a cup of coffee for the fresh start of the day. But have you ever wondered when the coffee machine was invented? The answer is it was invented in 1908 by Melitta Bentz. Melitta Bentz is the inventor of the first drip coffee maker. She used a filter made of blotting paper. Though the coffee-making history goes way back to 575 AD. The coffee percolator was created in 1818 by Turks.

It Is believed that the history of coffee making has been lost and thus exact date and figure of origin are not known. However, we will try to give you an insight into the history of coffee and coffee machine. Coffee is now the second most popular beverage in the world second only to water. According to reports, around 400 million cups of coffee are consumed per day in the US alone but the crown for the coffee true lovers go to Finland. In Finland, each person consumes around 12 kilograms of coffee per year.

They have also highlighted various important uses and benefits of coffee for human health. Ever wondered from where the coffee was originated? And when? Here’s a breakdown of everything you need to know about from coffee origin to present-day coffee machines.

The ancient land of Ethiopia is where the coffee is suggested to be originated according to some legend. Ethiopia, maybe the cradle of all humankind but more importantly it is where coffee was found. In the mountains of Kaffa coffee has grown wild. We don't exactly know when humans start consuming coffee but the most famous story is about the goats and Kaldi.

One day, Kaldi observed his goats behaving erratically after eating the red berries from a nearby coffee arabica tree. He tried some of it himself and noticed himself getting excited and hyper just like his herd of goats. He was fascinated to see this magic. He brought back some of the beans with him but the religious leaders there decided to burn them away but the attractive aroma of the coffee gave them a second thought of giving coffee another chance so they put the beans in the warm water and noticed that a beverage was ready. Some people believe that Coffee was first made in ancient Yemen.

According to another legend, Sheikh Omar was the one who discovered coffee beans. He was deserted from his town for some reason. He had nothing to eat, he found some coffee beans and made the beverage which helped him stay alive for days. We don’t know which legend is true but coffee native trees are found in Ethiopia. But the coffee we drink today comes from Yemen. It was a drink of Arabs back then but was introduced to Europe in the 1600s.

Did you know that the name of coffee was in the language in 1582 in the dutch word “Koffie”? The phrase coffee pot was introduced in 1705 and the coffee break was known by 1953. Coffee became the hot-selling beverage in just a few years. Many coffee shops also came into being and their business started to flourish steadily. Someone had to think about a rather easy way to make coffee that wouldn’t require much time.

But ever wondered when the coffee machines were introduced?

Back in the day, people used to make coffee with a pot that was made explicitly for making coffee. Roasted beans were placed in these pots and further hot water was added to them. This method is known as the "ibrik method". Turkey is home to coffee brewing. But this process took much time to be completed. When coffee made its way to Europe, several methods came into being for coffee production.

The siphon Pot and the Socks 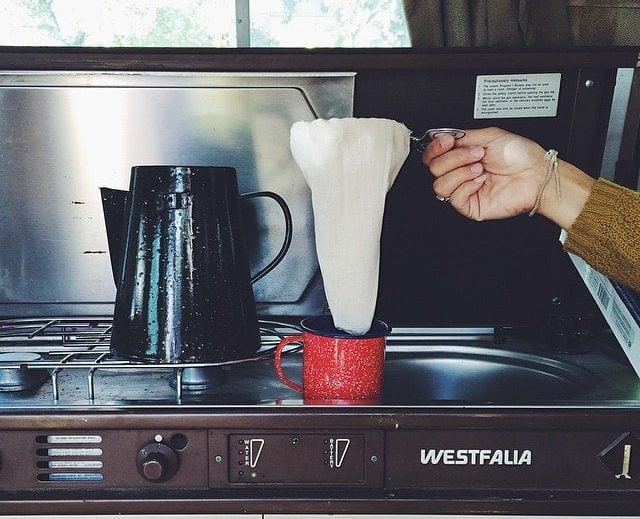 People used to put coffee beans in a sock and then pass hot water through it. The sock used to act as a filter. However, with the advancement in technology, several fast ways to make coffee were also introduced. Siphon pots were introduced later in the 19th century but many people still use them across the globe.

In this advanced 21st century we have different kinds of Coffee Machines which have made this process as Italian.

Ever thought about how the coffee machines were invented? Seems interesting... no?

The evolution of Espresso machines 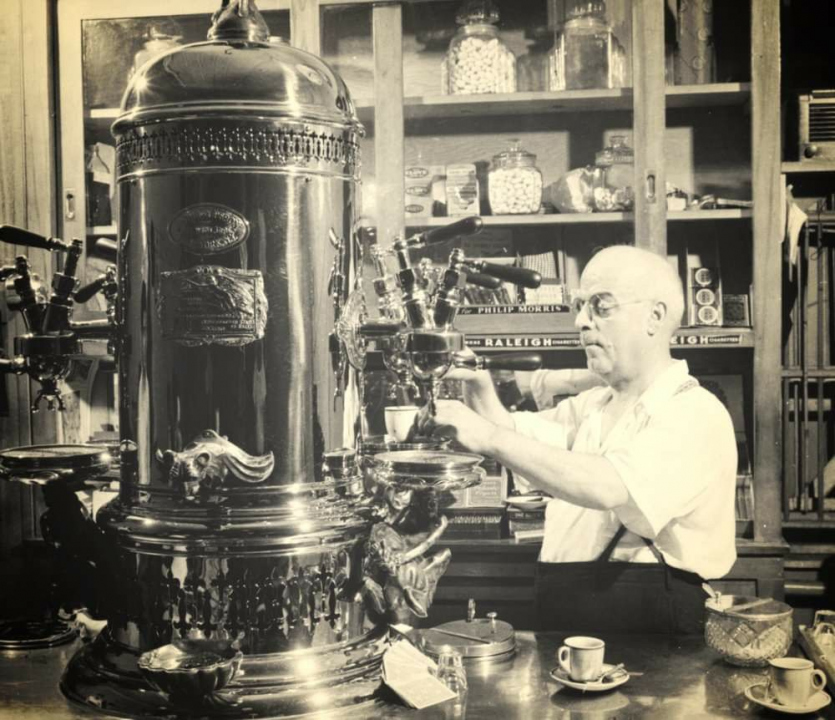 Luigi Bezzera and his Espresso machine

Espresso was invented in 1901 by an Italian Luigi Bezzera. He had developed a means by which coffee could be compressed into a cake and water could be pressed through it.

By 1905, Luigi Bezzera and Desiderio Pavoni had reshaped the machine by Angelo and the process was perfected. Their machine was able to produce 10000 cups of coffee in an hour.

Melitta Bent in 1908 created the first coffee maker using paper. Yes, a paper. She made the infamous paper coffee filter. She took a paper from her son’s notebook and filtered the coffee through it. This method was way better than using socks as a filter since many coffee grinds passed through the sock. Now Melitta is the most famous company in the coffee industry. 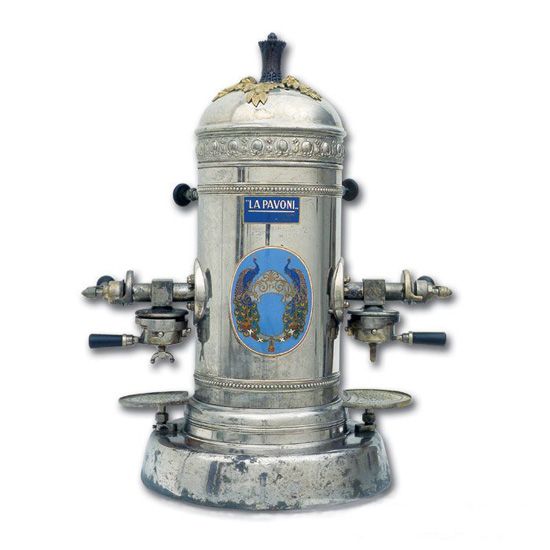 One of the first La Pavoni coffee machines

By the 1920s the La Pavoni machines became very popular. In 1938, Daisy had developed a new machine for making espresso. It consisted of a piston-based pump for the forcing of water through the coffee. This piston-based pump helped in forming a froth or crema on top of the espresso. This crema is thought to be a sign of rich and perfect coffee. 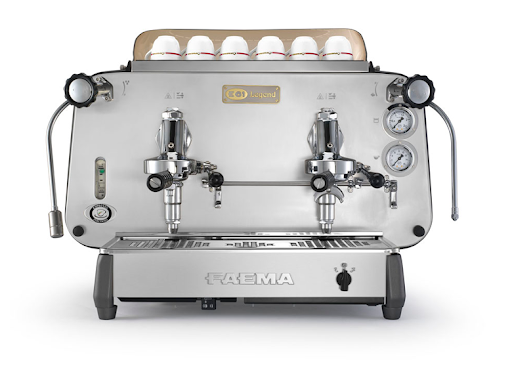 Faema E61 - the Coffee machine invented by Ernesto Valente in 1961

However, the first modern Coffee machine was developed in 1961 by Ernesto Valente. These machines relied upon a pump rather than a piston. This pump allowed water to be heated on demand rather than through a large reservoir. In the 1980s and 1990s newer machines were developed. They ranged from semi-automatic to fully automatic. Espresso pods also appeared in these machines. These newly made machines can grind, measure and some can also froth milk. It’s like having your Barista at home!! Modern-day machines are able to do things that no one had thought of in the past.

And that’s exactly what technology has provided us in recent years i.e to make everything as fast as possible. This evolution of the coffee machines is clearly a sign of the advancement we have made in all these years.

Barrie Colts were sponsored by an eminent chewing gum company named ‘Wrigley’, and owing to its quality and diverse taste it was admired by masses significantly
725 views

A lot of people trust India to be the originator of the kissing, conceived from the old custom of sharing each other's breath. The initial proof of kissing is believed to be conserved in early Indian sculptures
334 views
Continue Reading