Home Inventions Who is Walter Diemer and did he invent Bubble Gum?
Inventions

An accountant named Walter Diemer invented Bubble gum while experimenting with gum recipes. He invented Dubble Bubble in 1928 when he was serving at Fleet Corp as an accountant. The invention of bubble gum is linked to Walter Diemer but he was not the only person who tried to make bubble gums. A lot of other individuals also tried to invent bubble gums in the early 1900s, but they failed due to the same issues. These bubble gums were too wet to blow and they usually broke soon after making a bubble. 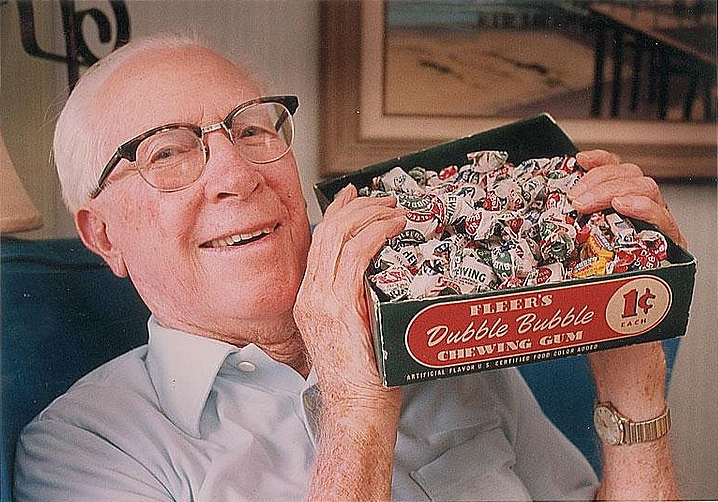 Diemer enjoyed playing throughout the free time with gum flavors. He came across a special recipe unintentionally. People had only pink-colored food coloring available at that time which would be the explanation most bubble gum is pink nowadays. Without any other option available at that time, Diemer started pouring into the mixture a complete tube of pink food coloring, offering the product its famous pink color.

A solution named the gum base was purchased by the Fleer Company to produce a gum. They introduced flavor and color into that gum base. Gilbert Mustin believed that if he produced his original gum base, it'd be better value for money. Beside his office, he arranged a kettle and started experimenting. Walter Diemer had been watching Mr. Mustin working and he became highly involved.

Mr. Mustin decided to give up after a little while. He wasn't a researcher, but he was worried about the products. Many variations were tried by Walter. For around two years, he worked. He was trying to create a gum capable of blowing bubbles. He was chewing his product soon after making a batch to blow the bubble gums. Finally, he managed to create a soft bubble gum that could be blown beautifully.

Sending the first batch in market

He was a very young accountant when he started researching the ingredients for a gum center element that keeps gum chewy. But the pink blend became noticeably thicker and less sticky than the older gum formulations. When he delivered a 5-pound shipment to a supermarket in Philadelphia and all the items were purchased out soon, his pledge seemed obvious. The company took over the formula from Walter and decided to name it Dubble Bubble.

Introduction of some unknown elements

Although Diemer's precise formula is not widely disclosed, he stated that by introducing a certain undisclosed amount of latex. The final product became less sticky and more elastic after the addition of latex. He also faced some other issues with the final product. The resulting gum started working perfectly at the beginning but some uncertain issues started appearing later. It started becoming harder after a couple of hours of production. This resulted in an extremely short shelf-life of a dribble bubble.

This problem was solved accidentally and Walter never disclosed this solution to anyone. This solution appeared accidentally and Walter was happy with this unknown solution. (Nowadays, the wax is normally introduced to the gum to maintain it softly at low temperatures and some sort of substance has been used to prevent it from becoming too sticky, such as maize starch.)

Based on conversations with Diemer, who says he initially was using a mixture of different products including vanilla, wintergreen, peppermint, and cinnamon in unknown amounts to keep coming up with the taste for the initial sample of bubblegum. Some individuals have made a rough estimation of the specific flavor components. This conflicts somewhat with many other reports that claim that the taste of bubblegum is simply produced to use a combination of many flavors of organic and inorganic fruit, typically in varying amounts of banana, strawberry, and pineapple.

Throughout the initial sugar-pink type, you could now purchase bubble gum as just a tiny piece wrapped in colorful and beautiful papers. You can also get several flavors now. In addition to the initial, you could get bubble gums of different flavors including watermelon, grape, and apple. Gumballs come with green apple, cinnamon, cotton candy, cinnamon apple, fancy mango, blue raspberry, and watermelon in their original flavor. You can also get gumballs that look like smiley faces or baseballs.

Last few years of his life

After retirement, Diemer's passion for bubblegum hardly receded and he could often be seen simply driving an older person tricycle across his retirement home in Pennsylvania tossing bags full of delicious bubblegum to neighborhood kids. He also regularly officially welcomed local kids over during bubble gum blowing events.

His two children died in 1986 and later on his first wife died in 1990. He married his second wife at the age of 91. He has many grandchildren and great-grandchildren. He also decided to make it obvious late in life that he would not wish to receive any compensation for his implementation. This was something that might have made him rich and popular. He mentioned before he died on January 9, 1998, that he managed to do something for himself by making children happy all over the world.

Walter died in 1998 and his creation is now considered one of the best inventions for all of us. Most of you chew the bubble gums every day and this is how we all remember this great hero.

Barrie Colts were sponsored by an eminent chewing gum company named ‘Wrigley’, and owing to its quality and diverse taste it was admired by masses significantly
724 views

A lot of people trust India to be the originator of the kissing, conceived from the old custom of sharing each other's breath. The initial proof of kissing is believed to be conserved in early Indian sculptures
333 views
Continue Reading