Home Lists Top 10 Women Inventors Of All The Time
Lists

Top 10 Women Inventors Of All The Time

From time and time again, women worldwide have proven that they are no less than men and sometimes even brighter, more creative, and capable than men. There is not one occupation or industry where women have not thrived, and several of them invented great things which are commonly used in our daily lives today.

Since the beginning of time, countless women have invented things that are extremely useful today. Here are 10 women inventors of those great women who introduced humans to novel creations. 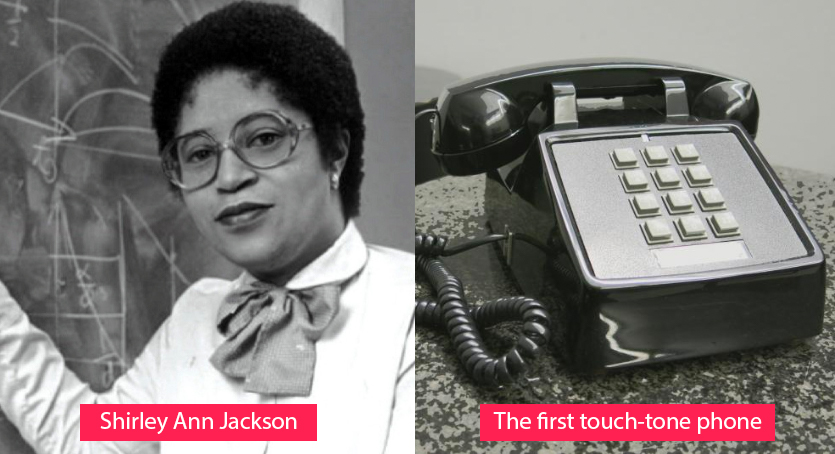 Jackson was the first black woman who helped the telecommunication industry progress to a great extent with her inventions of portable fax machines, touchtone telephones, caller ID, call waiting, and much more. She received her Ph.D. from the Massachusetts Institute of Technology, after which she worked at Bell Laboratory.

Being a woman and on top of that, being a black woman and inventing something is, undoubtedly, an achievement. For centuries, the female gender has been looked down upon, and racism worldwide against the black community has been no less than gender biases, and despite that, bringing something new for the world to see is quite impressive. 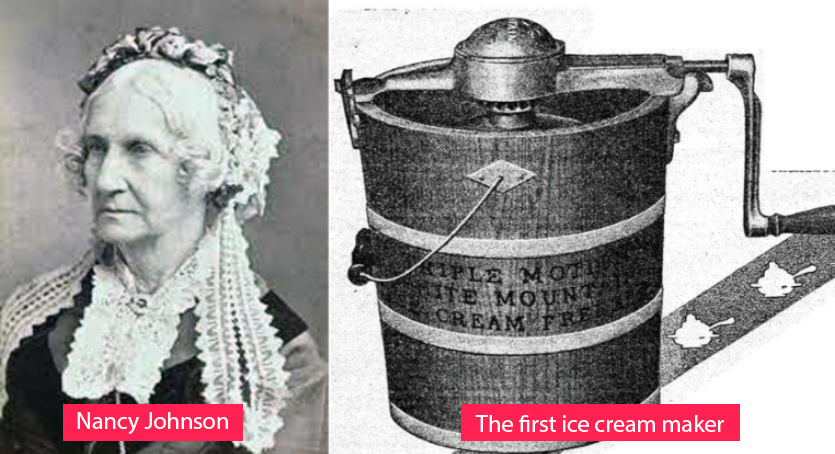 This one is for all the ice cream lovers out there who would thank this woman for existing and inventing the first ice cream maker. Johnson worked on the design for some time, and finally, in 1843, she got the final ice cream maker design patented.

Johnson’s invention stopped the hard labor that had to be put in to produce ice cream. Once she invented the ice cream maker, producing ice cream became more accessible and faster. Before her invention was publicized, ice cream was a luxury that not many could afford because it was not cheap to make due to the slow process.

Once the maker was invented, ice cream stores opened up, and it was sold to a much larger community because it had become cheap to produce it. Over centuries, her initial designs modernized as per the requirement of that time and new technology coming into the market. However, she was responsible for coming up with the original maker. 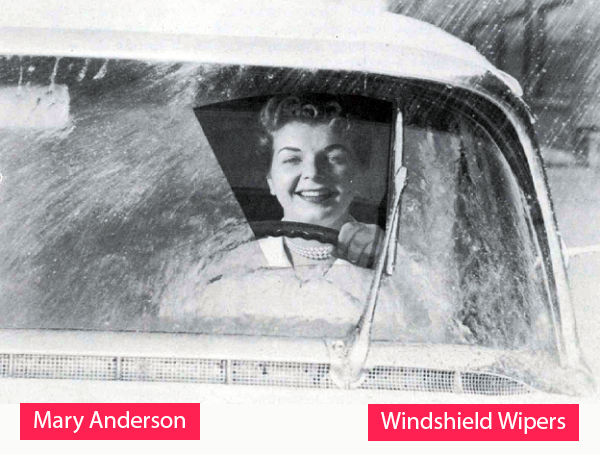 Mary Anderson driving her car with the installed windshield wiper

On a frosty day, Anderson noticed that a car’s windshield was covered with water and that it was impossible to see through it or drive the car unless the driver wiped it with their arm, which was common practice at that time. The said incident gave her an idea to attach something to the windshield that would clean it whenever required.

Mary was an entrepreneur who recognized the problem and was determined to come up with a solution that would eliminate the problem. She hired an engineer who would work on something that could be attached to the car and would help the driver clear the screen without having to wipe it with their arm.

She patented the wiper once it was ready, and today, windshield wipers come attached to our cars and are used commonly in areas where there is a lot of rainfall or snow. Unfortunately, she never profited from her invention. 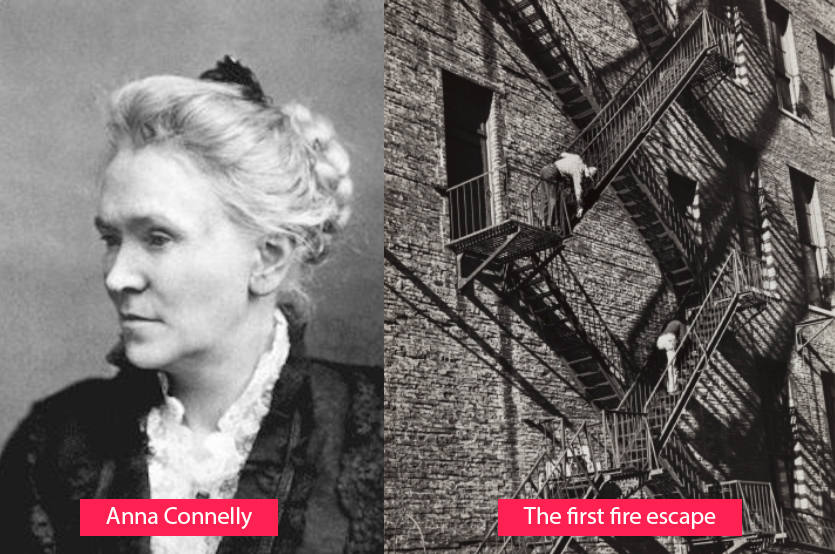 Connelly invented the fire escape route to prevent people from dying in fires because they could not get out in time. Fire escapes, in the current times, are built in a way that even if one is unable to access elevators in their apartment building, they can use the escape to get out in the circumstances of a fire.

She patented the idea, after which they started becoming common in buildings to ensure that people had a safe way to exit. Today, fire or emergency exits are built in many different ways, such as staircases, slides, pipes that could be used to climb down and get away from the burning property. 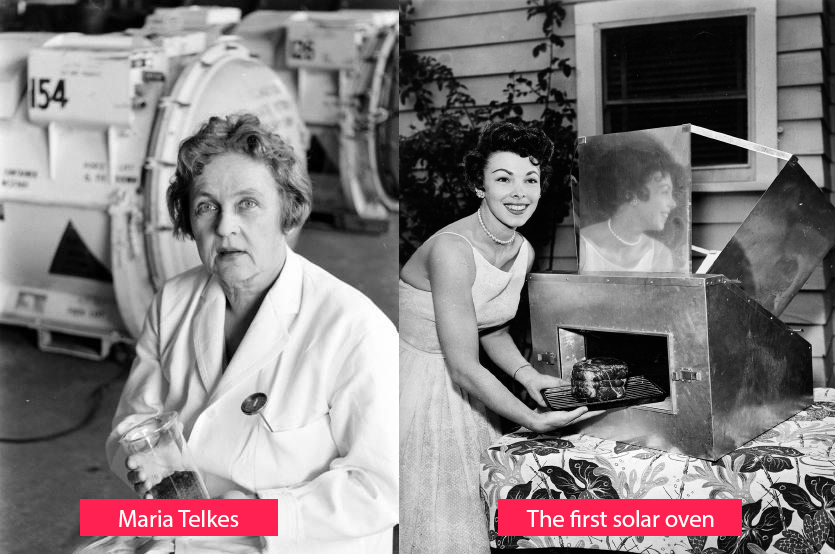 Telkes was the first person and woman who invented the concept of solar power storage systems. She was a Hungarian woman who had studied biophysics, was a scientist, and the inventor of solar energy technology.

During the Second World War, Maria made a solar distiller that used the sun’s energy to turn the ocean water into drinkable water. The invention was used in medical kits to save the lives of many soldiers affected by the war.

Telkes worked for 12 years to develop her solar energy technology that benefited the world. During those 12 years, she invented a photoelectric mechanism to record brain waves which were further developed, and today, a modernized version of it exists.

She also invented solar ovens that were used in tribal Indian areas. These were extremely useful and were built in a way that children could even use them. Her inventions brought great things to the world, and she earned over 20 patents for her inventions. 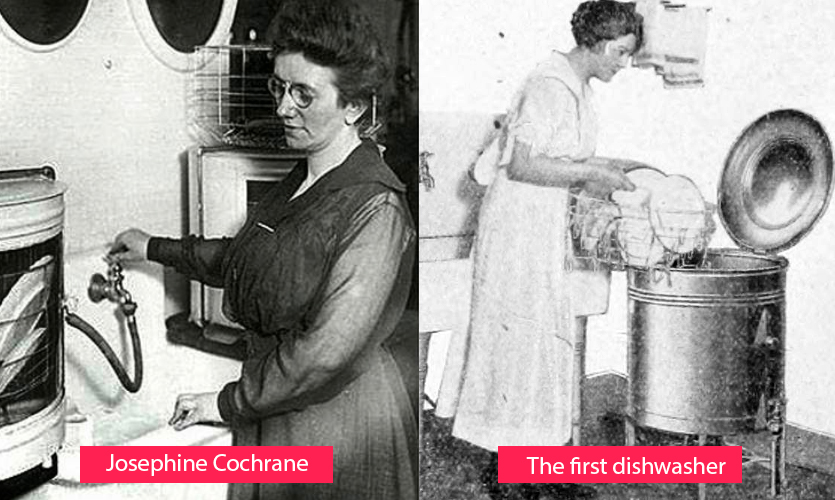 Cochrane came up with the first dishwasher that made many people’s lives easier, specifically women’s lives. When she invented the dishwasher in 1887, women would usually be housewives and needed an easier way to wash their dishes.

When she took the dish's idea to hotels and restaurants at first because they needed it more than anyone, people were surprised, and some even looked down upon her. She presented the idea independently and not with a male family member such as a father, brother, or husband.

Josephine was one of those very few people who showed the world that women did not necessarily need men to succeed but could do things independently. She proved that by having the confidence of going to a room full of men to present her invention. She opened up her factory too once her dishwasher received more popularity. 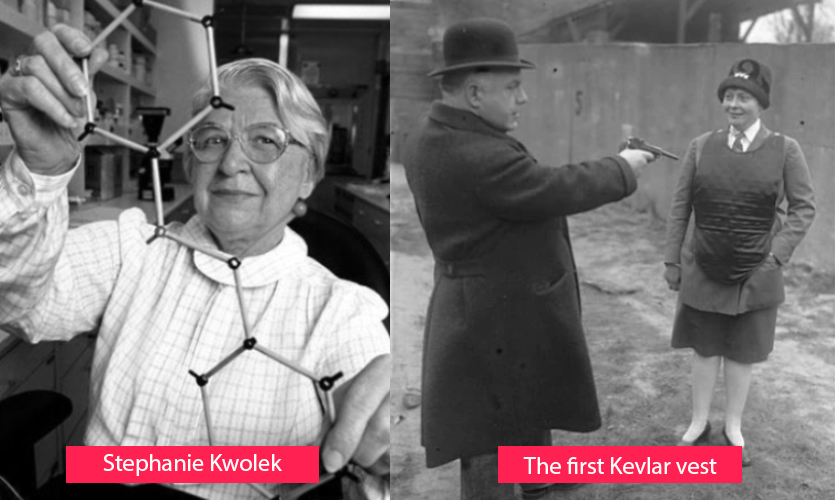 Have you ever watched crime shows or movies and wondered how those bulletproof vests the police wear when tailing a dangerous guy? To protect themselves if a criminal shoots at them Kwolek, an American chemist, invented the first Kevlar, a fiber used to make bulletproof vests.

Stephanie’s invention was stronger than steel and often preferred when manufacturers produced bulletproof vests. Her discovery of the fiber made a massive difference because most producers prefer producing bulletproof vests with the fiber she came across today. 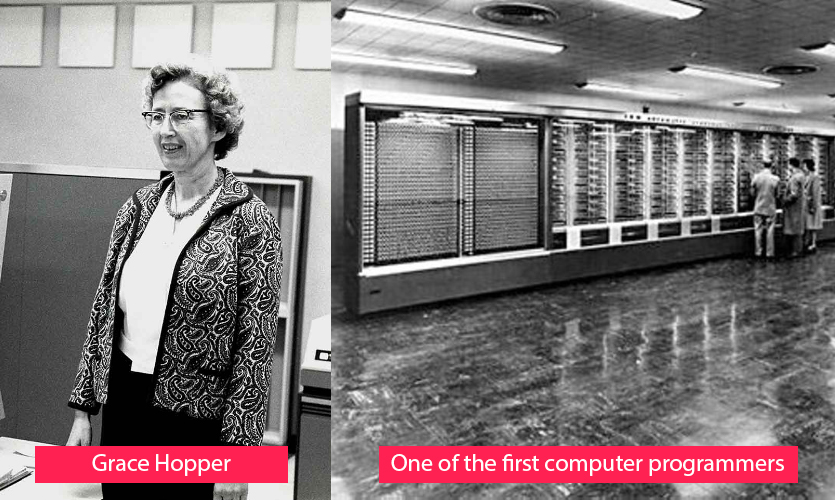 Grace Hopper was a computer scientist who was also a part of the American Navy as a rear admiral. She received her master's degree in science from the Yale University and graduated with a Ph.D. from the same university.

She was one of the first computer programmers of Mark I and inventor of the FLOW-MATIC programming language, which eventually resulted in the creation of COBOL. It was a giant machine that was used to turn human languages into computer code.

The said invention was the first attempt at programming known as Harvard Mark I, which is very common today. Also, Grace Hopper coined the word “bug” to describe a computer malfunction. The program would term the code as a bug and debug depending on what it was.

Despite rejection many times during her career, she remained determined and kept putting in the effort, and refused to give up. Even after she retired from the navy, she worked in a company. 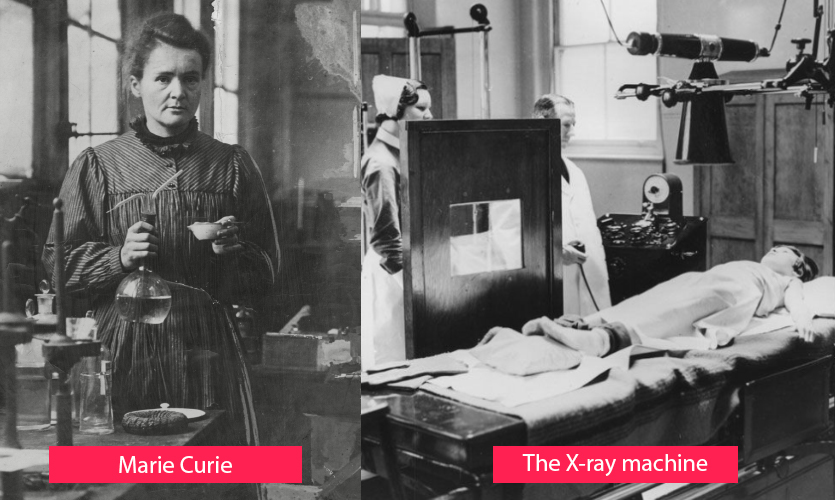 Marie Curie is a famous half Polish and half French physicist, chemist, and inventor who children learn about in science classes. Curie was the first person and woman who discovered that an atom could be split. She became extremely popular due to this discovery that she came across while she was studying radioactive elements.

Marie did a significant amount of work throughout her life, researched, and discovered many things essential in our lives today. She also opened up research institutes that were solely opened up to be dedicated to medical research. 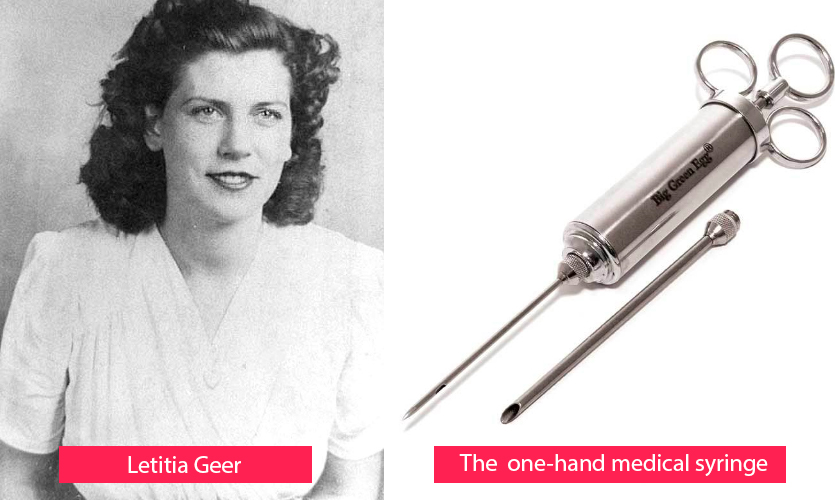 At that time the syringe was still bulky and not as light and small it is today. However, Geer’s invention gave the world an idea about how syringes could be, and with new technology and more ideas coming in as time passed, the syringes became more efficient and much smaller.

Today the medical syringes are made of plastic and are available in small wrappers found at any medical store.

Women that have been mentioned above have proven that they are as capable and sometimes even more than men. They have succeeded and have given the world inventions that have brought so much progress.

The world has looked down upon women for the longest time, but these women have remained steadfast and kept bringing new things to the table despite the criticism they faced based on their gender.

From ancient times humans have divided themselves on the basis of physical appearance and behavioral traits, this discrimination leads to division among people giving superiority to one race or gender over another
506 views

Barrie Colts were sponsored by an eminent chewing gum company named ‘Wrigley’, and owing to its quality and diverse taste it was admired by masses significantly
685 views

The first skyscraper was actually built in Chicago in the United States of America. It was the ‘Home Insurance Building’ built in the year 1884-1885
247 views
Continue Reading